Sometimes we find ourselves thinking about someone we would have liked to date, but it never came to be. You wonder how it might have turned out. If he’s still single, you wonder if you should reconnect. Or if he’s now a pal, if we should telegraph our romantic interest.

A colleague and I found ourselves single during the same time frame. We enjoyed each other’s conversations, but there was never any move to go out. We shared dating stories and cheered each other on. He was always attentive and complimentary, but he never intimated that he felt other than pals.

A year ago he started dating a woman and became engaged. I was glad he’d found someone who adored him as much as he did her.

I saw him recently and updated him on my dating status. He asked how many men I’ve now gone out with. When I told him 105, he said he wishes he’d been in the mix.

Do you daydream about men who got away? That you would have liked to have dated but it didn’t happen for whatever reason? If so, have you made contact to see what might evolve? Tell us your story.
_________________ 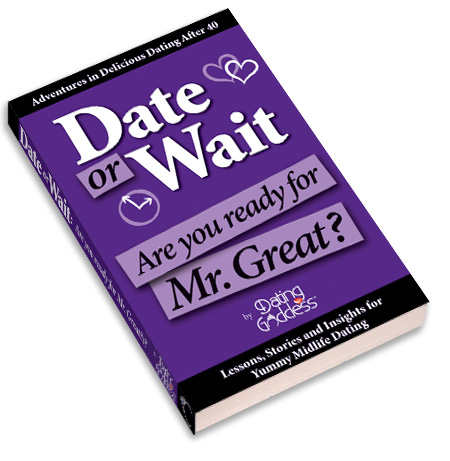 Want to understand more about midlife dating? Get an autographed copy of Date or Wait: Are You Ready for Mr. Great? for yourself or a loved one. Great for holiday gifts!

Comments on this entry are closed.